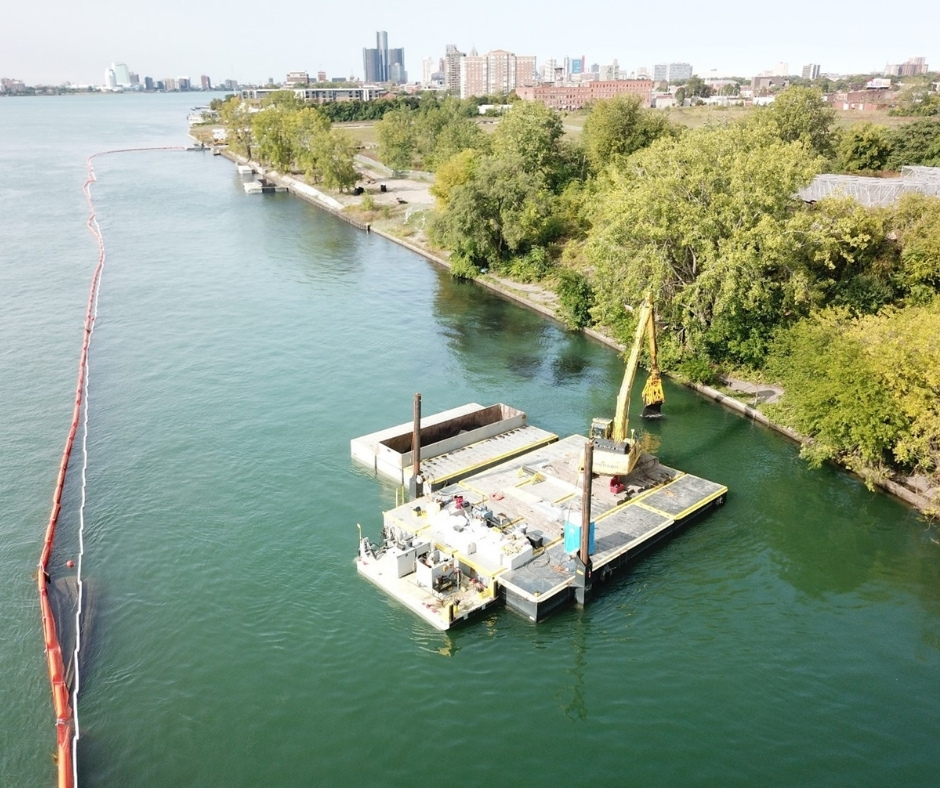 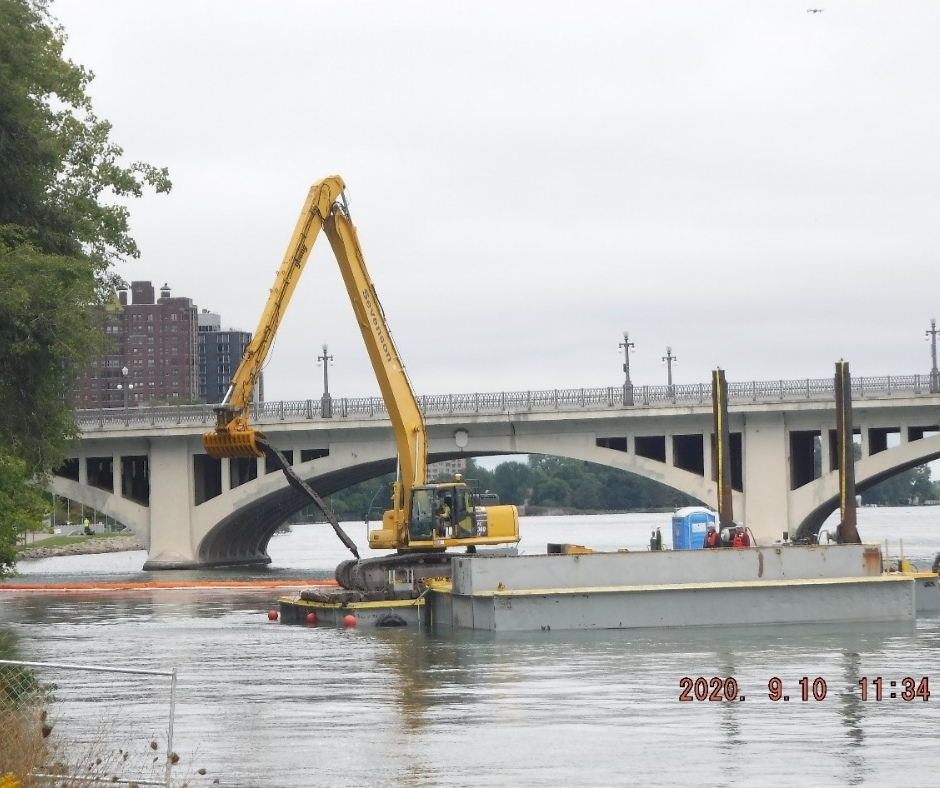 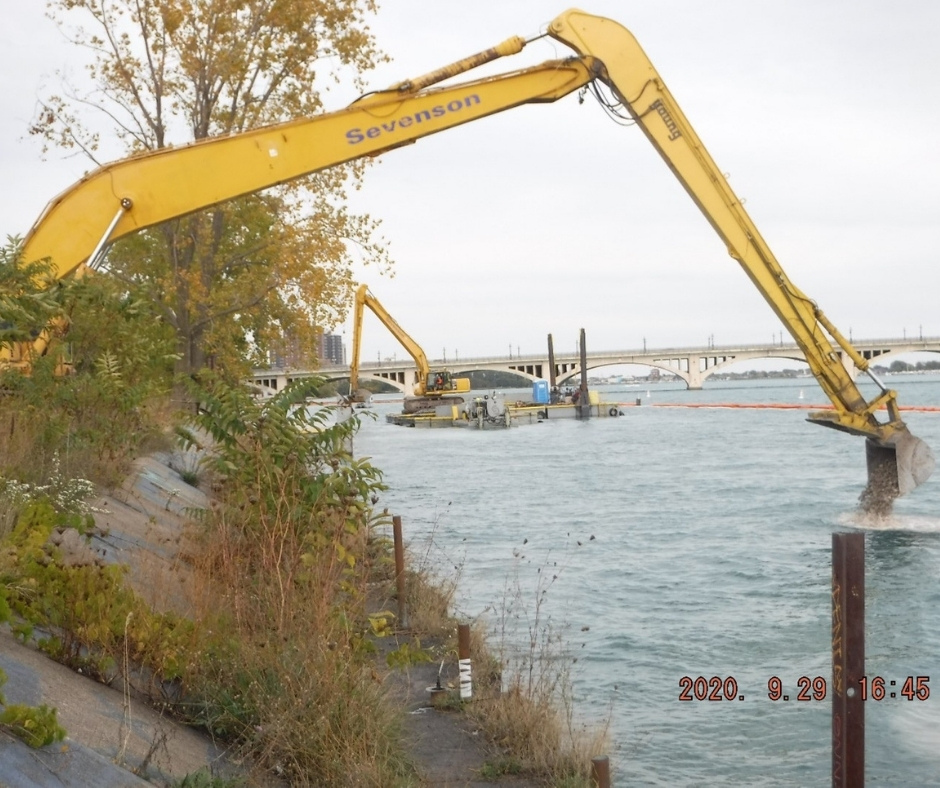 The Detroit Riverfront Conservancy (DRFC) has established a RiverWalk along much of the Detroit River shoreline as part of the downtown revitalization in the City of Detroit. At the planned easternmost section of the RiverWalk, located near the MacArthur Bridge connecting the City of Detroit to Belle Isle, heavy industrial use dating back over a century resulted in contamination with polycyclic aromatic hydrocarbons (PAHs) and other constituents of concern in the sediment adjacent to an aging bulkhead wall. To allow installation of the final stretch of the RiverWalk at this location, the bulkhead wall required additional support in the form of a riprap revetment. However, before the revetment could be installed, a multilayer engineered cap was required to address the legacy sediment contamination.

The engineered cap was successfully installed, allowing construction of the RiverWalk to begin along this portion of the Detroit River shoreline. Additional construction is occurring at the property throughout 2021 and 2022, including revetment installation and RiverWalk construction. The project is currently on schedule to open to traffic in November 2022.