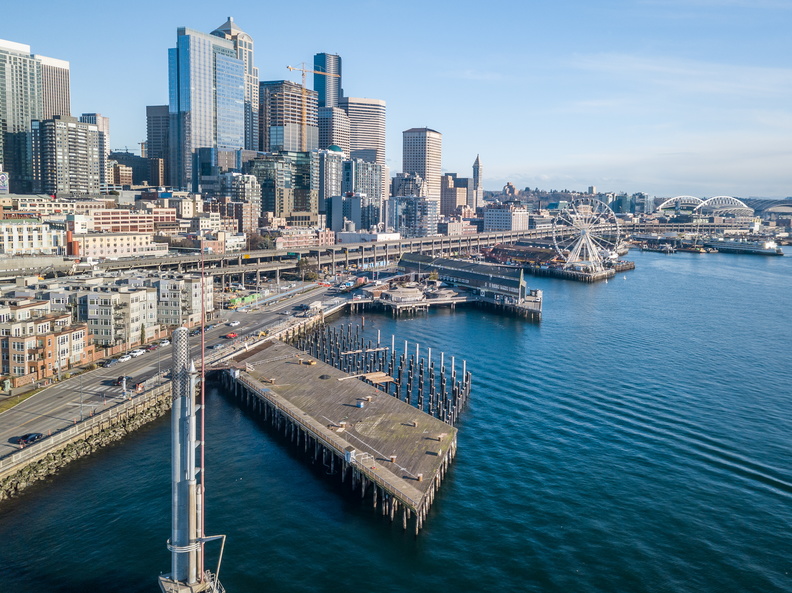 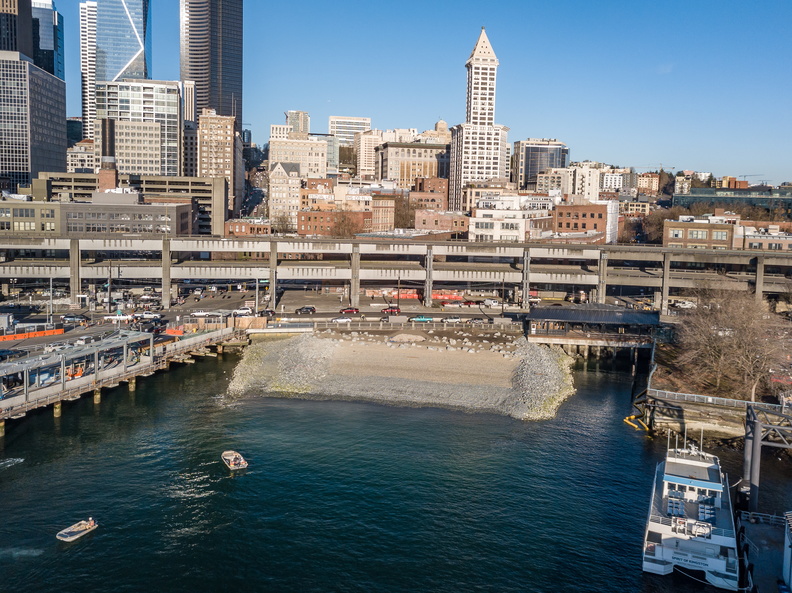 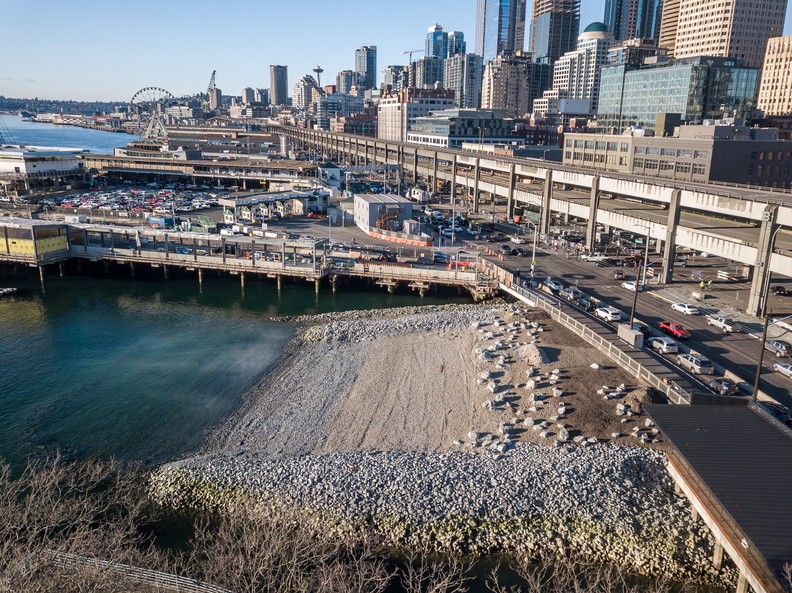 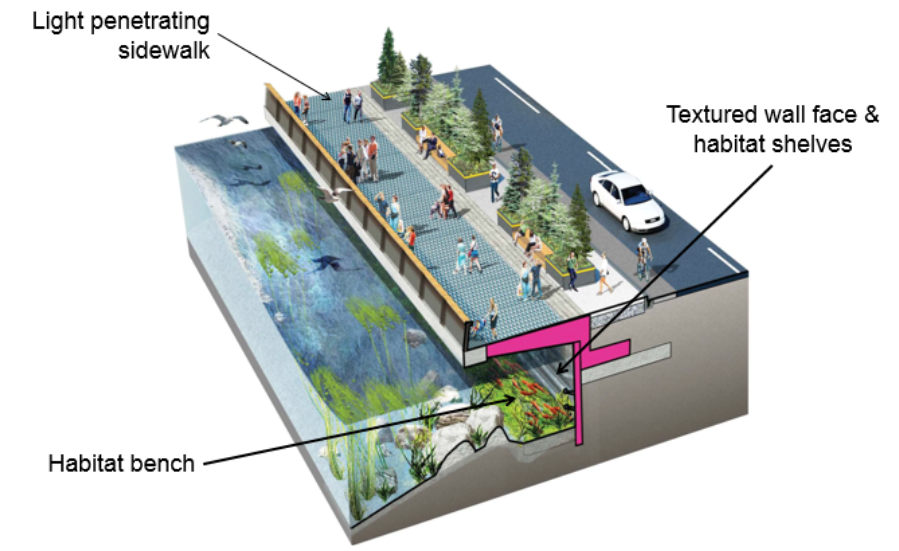 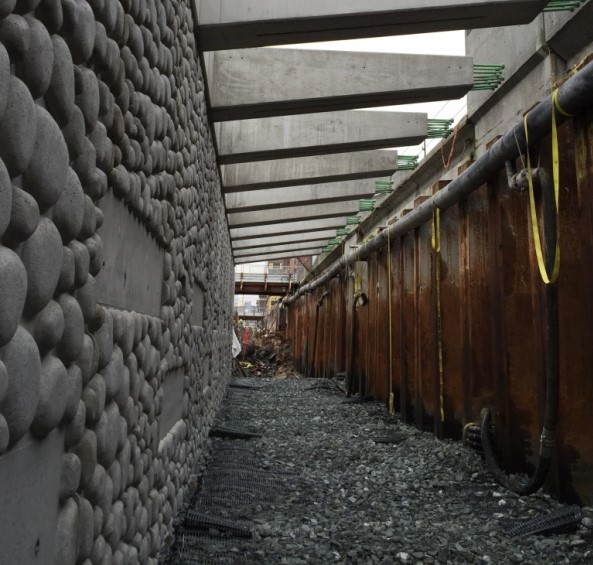 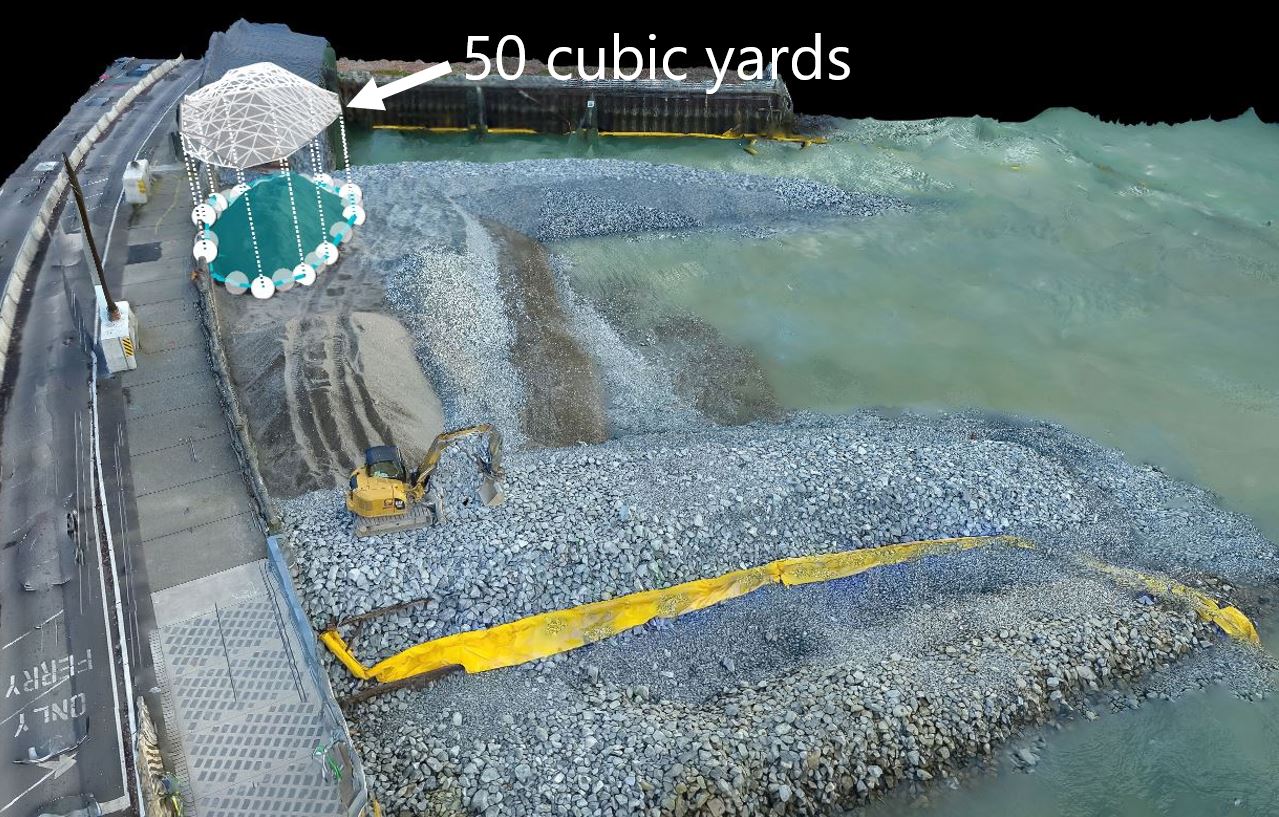 The Elliott Bay Seawall, located in Seattle, Washington, has faced substantial deterioration and was in danger of catastrophic failure during historical earthquakes. The shoreline of Elliott Bay is also an important link for salmon migrating from the Duwamish River to the greater Puget Sound and onto the Pacific Ocean. However, the urbanized shoreline with numerous large piers had completely modified the shoreline from its natural condition, disrupting salmonid migration. The Endangered Species Act listings of several salmonid species prompted regional efforts towards restoration and enhancement of nearshore environments.

As part of the overall seawall replacement effort, the City of Seattle made a significant commitment to improving habitat along the shoreline. Anchor QEA was a part of a multidisciplinary consulting team working for the Seattle Department of Transportation on the planning, design, and construction of the 7,000-foot-long Elliott Bay Seawall Project along the downtown waterfront for seismic stability improvements.

The project included an intertidal habitat corridor with increased lighting from glass blocks (a “fish highway”), which provides a safer route for migrating fish following the shoreline. Additionally, the Habitat Intertidal Zone is a “pocket beach” designed to mimic naturally occurring sand and gravel beaches that formerly existed in Elliott Bay, providing more habitat diversity for juvenile fish and other marine life.

Anchor QEA continues to partner with the University of Washington in the successful restoration and monitoring of Seattle’s downtown shoreline, transforming it into a thriving ecosystem. This ongoing monitoring is showing that salmon are following the migratory corridor and feeding along the shoreline, in addition to exhibiting improved Elliott Bay ecosystem functions and processes.